Antioxidants play a significant role in our health status due to the fact that they control how fast your aging process goes by fighting with free radicals. There are different types of antioxidant, which exist in different food resources, such as Resveratrol, Carotenoids, Astaxanthin and Vitamin E, C. Antioxidant is a chemical substance molecule; it can reduce the oxidation rate of both cells and molecules. Free radical is the key factor that damages cells, and we have to absorb as much antioxidant food as we can in order to avoid the harm caused by free radicals. Furthermore, National Academy of Sciences declared that, antioxidant helps minimizing the percentage of various diseases; for example, cancer, heart diseases, diabetes, and Alzheimer disease.

WHAT ARE FREE RADICALS?

After the age of 7 years, pets and other animals are considered to be senior. The most common signs of aging in animals are as follows:

WHAT IS AGING PROCESS & WHY DOES EVERY LIVING ORGANISM GETS OLD?

Mitochondria, often referred to as the powerhouses of the cells, are membrane organelles that generate most of the chemical energy needed to power vital functions of a living organism. They are rod-shaped, double-membraned cellular organelles around 0.5-10mm in length. First identified in the 1840s as cellular granules, mitochondria are now known to regulate iron metabolism, heme and steroid synthesis, programmed cell death, and cellular division and differentiation. Mitochondria also produce roughly 90% of the cell’s energy needs, in the form of adenosine triphosphate (ATP).

Chemical energy required to support cells metabolism is produced in the inner mitochondria membrane through a series of biochemical reactions, where prosthetic group Flavin Mononucleotide (FMN) plays an important role by mediating electron transfer. Loss of FMN due to various external and internal factors (age, temperature, diet, stress and other agents) can cause mitochondrial diseases and disorders resulting in deterioration of cells, later organs and the entire body.

The results of our extensive laboratory research on physical and chemical mechanisms of aging processes in humans and animals cells, particularly in intracellular energy-producing structures called mitochondria, support the well-known mitochondrial theory of aging, which claims that aging process is highly dependent on mitochondrial function. Without healthy and properly functioning mitochondria, cells do not have enough energy to defend themselves from oxidation and perform necessary cellular respiration. We revealed mitochondria “weak point” and developed a unique complex of nutraceuticals able to protect these “powerhouse cells” from oxidation by stabilizing the key enzyme FMN and making it resistant to environmental harmful factors like high temperature, and mechanical damage.

WHAT IS SPECIAL ABOUT OUR ASTAXANTHIN?

For both Astaxanthin for human & pet, unlike other chemical synthetic astaxanthin, our astaxanthin is naturally produced from microorganism fermentation; it contains different carotenoids, which provides comprehensive protection and even more beneficial effects to body cells.

Comparing with other naturally produced Astaxanthin, our product contains free form astaxanthin which will be easier for pets to directly absorb within its short digestive tracts. Moreover, our product does not contain any unnatural, toxic concerned by-products; we can assure the safety of our product. 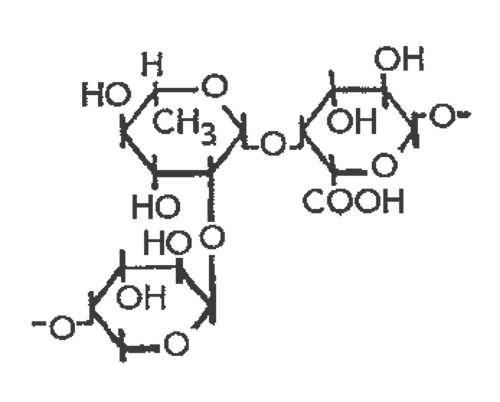 Pectin named Zosterin is isolated from seaweed of Zosteraceae family by the original method while using waste-free and ecologically safe technology. Pectin is an acidic polysaccharide consisting of D-galacturonic acid units – a derivative of simple D-galacose sugar. Molecules of rhamnose sugar bound with a pectin molecule provide zigzag-shaped pattern of polymerous chain and form an appropriate sequence of negative charges. The latter bind positively charged molecules of exo- and endotoxins as well as metal cations

Complex polysaccharides, the pectins, whose molecules are structurally based on polygalacturonic acid, are components of cell walls and intercellular elements of higher and lower plants. Their particular property is a wide variety of side chains, of other carbohydrate residues, and carboxyl groups.

The more carboxyl groups the pectin has, the stronger its adsorptive capacity is. Zosterin-Ultra, the pectin produce from marine herb named Zostera, is characterized by the presence of low molecular weight fraction capable of entering the bloodstream and function as an adsorbent in the liquids of the body.